Mobility training helps develop a full range of motion in your legs. It also plays a crucial role in injury prevention and generally improves joint and muscle health.

When starting, I suggest a Build from the Base approach. The exercises below are in that order.  Start with Foot Doming and progress up the body to the hips. Start with 10 minutes a day, every day, until you have done all the exercises a few days later.

When you have mastered all the exercises, you may start increasing your sets and load.

Cultivating a daily mobility practice will enable you to resolve recurring issues before an injury occurs.

When building up to long-distance, we need to avoid layering strength on top of movement dysfunction.

Start with this basic approach if you have no existing problem areas.

If you suffer from recurring running injuries, start by focusing on the problem area. Not only there, but also the parts above and below the problem. When you have sufficiently recovered, you can start with the basic approach.

New research from La Trobe University suggests there is no evidence that changing a runner’s strike pattern will help prevent injuries or give them a speed boost.

In a bid to avoid shin splints, sore knees and other injuries, many runners have adopted a toe-to-heel trend, running on the balls of their feet. This is often encouraged by coaches and health professionals.

However, in research out this week in Sports Medicine, La Trobe injury researcher and physiotherapist Dr Christian Barton found there is no evidence to suggest running on the front of your feet reduces injury risk or improves performance.

The comprehensive review suggests that telling someone to run on the ball of their foot instead of their heel may make them less efficient, at least in the short term. Additionally, there is no evidence either way on whether running on the balls of your feet reduces injury.

Put simply, when it comes to running style: If it ain’t broke, don’t fix it. 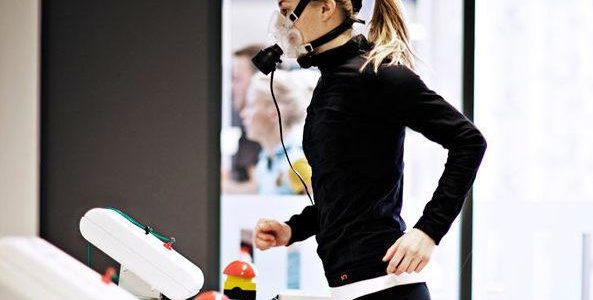 Cupping therapy has re-emerged as a potential approach to boost post-exercise metabolic recovery, reduce pain, and improve range of motion by increasing local microcirculation. But what does science tell us about the effectiveness or safety of cupping? A new systematic review that examines the results of eleven clinical trials encompassing nearly 500 participants is published in The Journal of Alternative and Complementary Medicine.

Despite some reports of benefits, including some related to reduced pain and disability, the authors found the reports uneven and found a high risk of bias in the trial designs. They therefore determined that no conclusive recommendations for or against the value of cupping in sports performance can be made until further trials are carried out.

Women can process oxygen more quickly than men when they start to exercise, according to a new study from the University of Waterloo.

Quick oxygen uptake places less strain on the body’s cells and is an important measure of aerobic fitness.

The findings are contrary to the popular assumption that men’s bodies are more naturally athletic.

They don’t know why women have faster oxygen uptake (yet), but this could change the way we approach assessment and athletic training down the road.

The study was published in Applied Physiology, Nutrition, and Metabolism.

Endurance training can actually be helpful in dealing with muscle inflammation, according to a new paper co-written by faculty at Binghamton University, State University of New York, and Karolinska Institutet and Karolinska University Hospital in Stockholm, Sweden, and published in the journal PLOS ONE.

Muscle inflammation, or myositis, can be caused by infection, injury and chronic disease. However, specific forms of myositis like dermatomyositis and polymyositis occur when the body’s immune system turns against its own muscles, damaging the muscle tissue in the process.

While there are plenty of prescribed medications to cope with muscular diseases, the medication utilized only does half the job.

The drugs are targeting one immune cell or a group of immune cells, but there are no new drugs that target muscles that are dying. Exercise can take care of the immune cells that are killing the muscles, and repair the cell death of the muscle.”

The study found that endurance exercise altered microRNAs that target and downregulate immune processes, as well as decreasing different microRNAs that target and upregulate mitochondrial content at the protein level. That is, exercise creates microRNA that decreases the number of immune cells that attack the muscle and heals the muscle by increasing aerobic metabolism through mitochondrial biogenesis.

The reason why exercise wasn’t considered before is that if people have muscles that are already inflamed or weak, they believed exercise would make the muscles worse. However, what is surprising is the question of why exercise is so effective. It’s because exercise takes care of the immune cells that are damaging the muscle while simultaneously targeting specific parts of dead or affected muscles.

While there are no drugs today that target all the issues of muscle inflammation, the researchers believe a combination of medication and endurance-based exercise can help patients live a happier and healthier life.